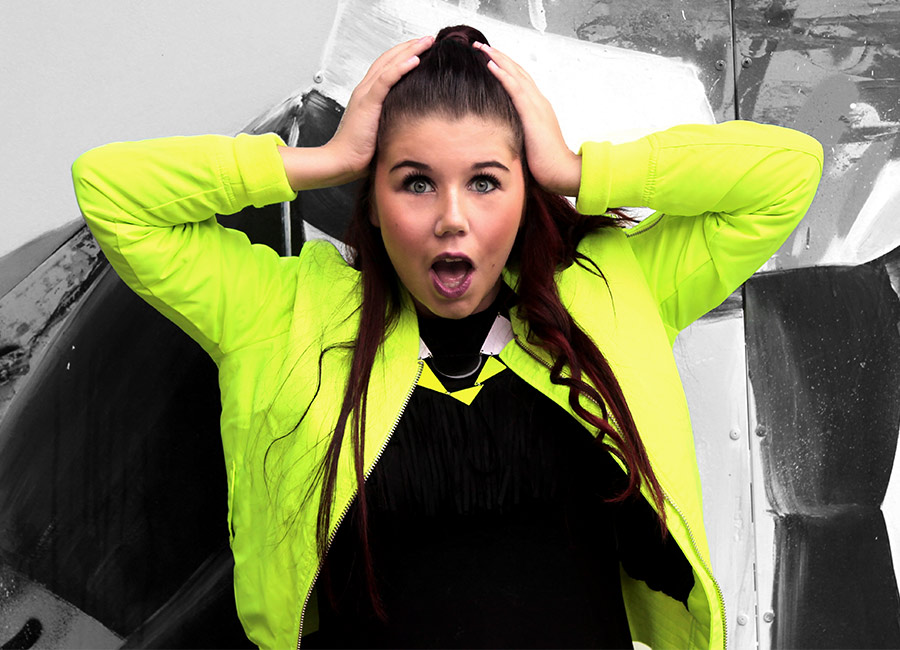 Felicia V is a young talented singer from Stockholm, Sweden.
Born in Ronninge in 1999 on September 24, Felicia Ellinor Lena Varnas, began her musical career at an early age, influenced by singers like Demi Lovato, Miley Cyrus and Avril Lavigne.

Felicia started out singing and dancing on stage already as a child. She has competed in several music contests like Camp Rock on Disney Channel and Junior Eurovision Contest among many others and she has, despite the fact that she is still so young, a lot of experience and confident on stage.

During the last few years she has performed at a lot of TV shows and also as a background singer and dancer for artists such as Laleh, Markoolio, Lazee and Jason, Swinglfy, Amy Diamond and Patrik Isaksson among others.

When Felicia was 10 years old in 2009 she met, by sheer coincidence, the swedish songwriter and producer Ditte Lindbom at Lovholmen Studio in Stockholm. Since then she has been working hard and dedicated in the studio trying to find herself as an artist and to find the right type of music for her.

Felicia has a great and powerful voice and she brings all of her energy and attitude into her music and up on the stage. Her music is groovy with strong melodies, there are elements of guitars among synthesizers and it has a touch of almost everything between pop, rock, dance and R´n´B.

In 2015 she has in collaboration with the record label Young Music Sweden released her first single ”Fighters” and there are more strong songs already written – waiting for release.